Mount Danxia, situated beside the Jin River some 50 kilometers northeast of the city of Shaoguan, covers an area of more than 280 square kilometers (28,000 hectares, or 69,190 acres). Mount Danxia consists primarily of red sandstone that has been built up over the aeons via stratification, with the alternating colors of the stratified layers clearly visible on exposed cliff faces, reflecting varying degrees of oxidization. At the same time, this particular landform, which exists on several continents around the world and which takes its name from Mount Danxia itself (i.e., giving rise to the UNESCO-recognized designation "Danxia Landform"*), has typically been exposed to massive, long-term erosion, leaving landforms that rise up from the surrounding terrain, as it were, in the shape of freestanding blocks, pillars, etc., and usually with sheer, barren walls. 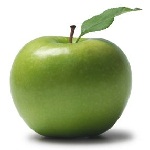